Some of the best native games in raspberry pi

Raspberry pi has many leisure options beyond emulators and kodi, for example, you can play many GNU / Linux games that do not abuse graphics acceleration. 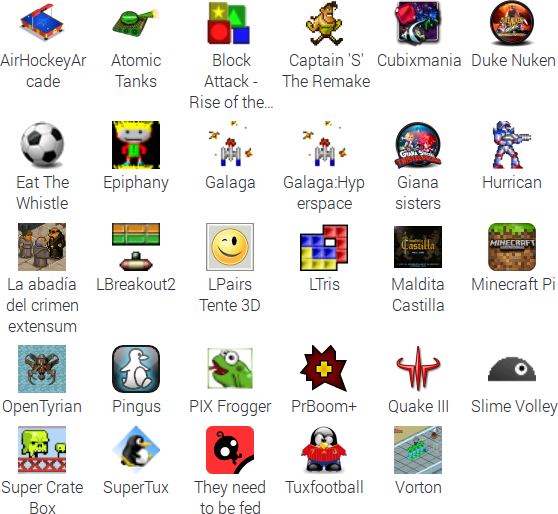 I made a brief list of funniest and fluid ones for our little computer, I group by installation method:

These are the game you can install with the command apt-get install name_of_the_game:

You need to use retropie script to install them:

You need follow the author's instructions to install them, compile them is not necessary:

You only need java in your raspberry to run them:

This is just a small sample of the number of games that are available for our gadget, for example, I have not put any of the countless table games that work in luxury.
You can see a more extensible list in this thread in official raspberry pi forum.
Remember you also use emulators for more games, best DOS ones included.