Amstrad CPC are computers that I have a lot of affection since my first two computers were a CPC464 and a CPC6128, in fact the last one is still running and keeping 100% operative.

So I like to play my games of my teen in GNU/Linux and I start using CPCEMU emulator for it.
CPCEmu for DOS was the first CPC emulator I knew, it was great. GNU/Linux version was one of the best native emulator, install it is very simple:
All these files can be into a ZIP file that emulator show them like folders, this is useful to save a lot of space.
See the enclosed manual, very interesting. 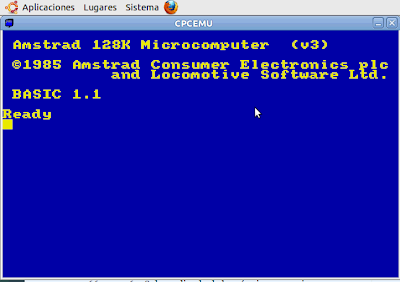 Other native emulators for GNU/Linux are M.E.S.S., Arnold, CPC++ or cpc4x, but they are more complicated for compiling and installing and they don't have so much features and have less performance than CPCEMU.

I asked in Amstrad CPC forum, MiguelSky ask me than there is a version of arnoldCPC emulator that runs ok in older GNU/Linux distros. 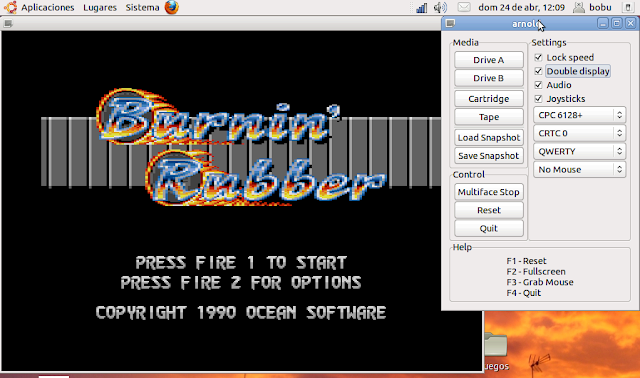 You need download the old version for Windows (includes all the BIOS and necessary files) and add to it the new executable file for GNU/Linux.

But now there is a new version of Arnold WIP CPC Emulador.  that run better in lastest GNU/Linux distros. 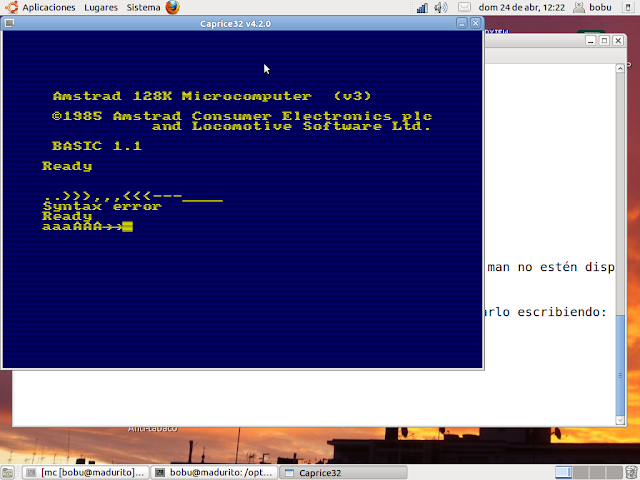 After some years he made a fork called CapriceRPI for raspberry pi with a fancy menu and a lot of improvements. This fork can also be compiled and runs on PC GNU/Linux.
Thank you both for the information.

Another emulator I run with success is CPC emulator for X. 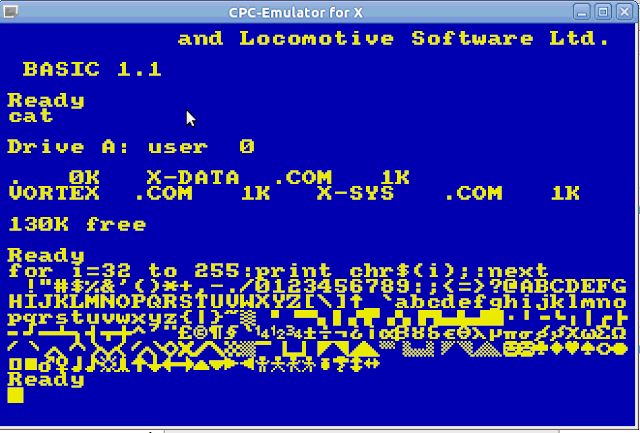 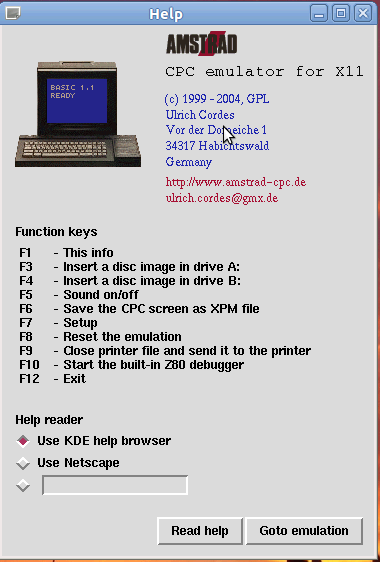 By the way, most of the Amstrad CPC emulators for Windows run ok in GNU/Linux using wine.